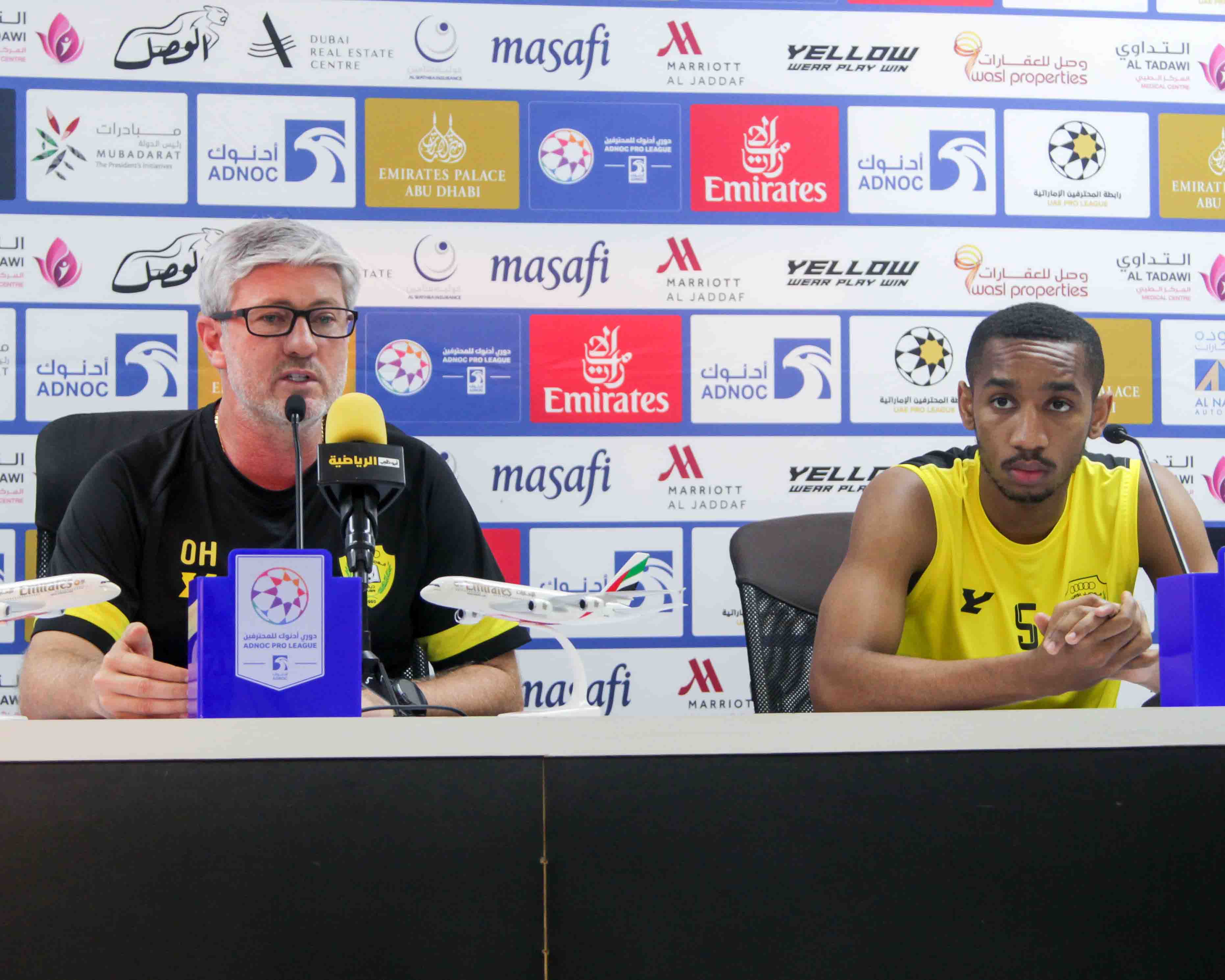 Hellman: I trust my players to overcome this period and we aim to win

Al Wasl coach Odair Hellmann explained during the press conference leading up to Shabab Al Ahli match in the sixth round of the ADNOC Pro League, that the preparations of Al Wasl were characterized by high concentration, stressing that he believes in the chances of the emperor to skip Shabab Al Ahli and make a strong offer, saying: We played good games during the past weeks but we did not succeed at the level of the result, we believe that we can win this game and get the three points in addition to playing well.

Hellmann did not hide the feeling of the technical staff and players pressure to achieve the required results, especially since the team supported its ranks with good elements before the start of the season, but at the same time banned from putting excessive pressure on the team which may cause a loss of confidence among the players, saying: If you look at the statistics in previous games you will find them in our favor, but some small details prevented us from achieving victory, and continued: There is no one more than the coaching staff and the players feel pressured to achieve the required results, I trust the players and their ability to overcome this period, he continued: winning will enhance our confidence in ourselves and raise us in the table, the day I do not believe that we can win I will stop training football, we work here to win only and the series of victories of al Shabab Al Ahli will stop one day.

Pointing out that he likes the quality of players who can play in more than one center, because they give the coach tactical flexibility during the games, in addition to compensating for some absences that occur for various reasons such as injuries and suspensions, and that is why Al Wasl contracted with Michel Araujo, who is good at playing in 3 positions playmaker, anchor and wing, and William Pottker who can play as a striker and winger.

For his part, team leader Ali Salmin stressed that what the team aspires to provide a performance worthy of the team, especially since Al Wasl has players at a high level.

He said: We know that the beginning of the season was not satisfactory and the public has always been the main supporter of the team, so we will enter the game and fight until the last minute, everyone feels responsible, and hopefully facing Shabab Al Ahli will be our gateway back to the path of victories.