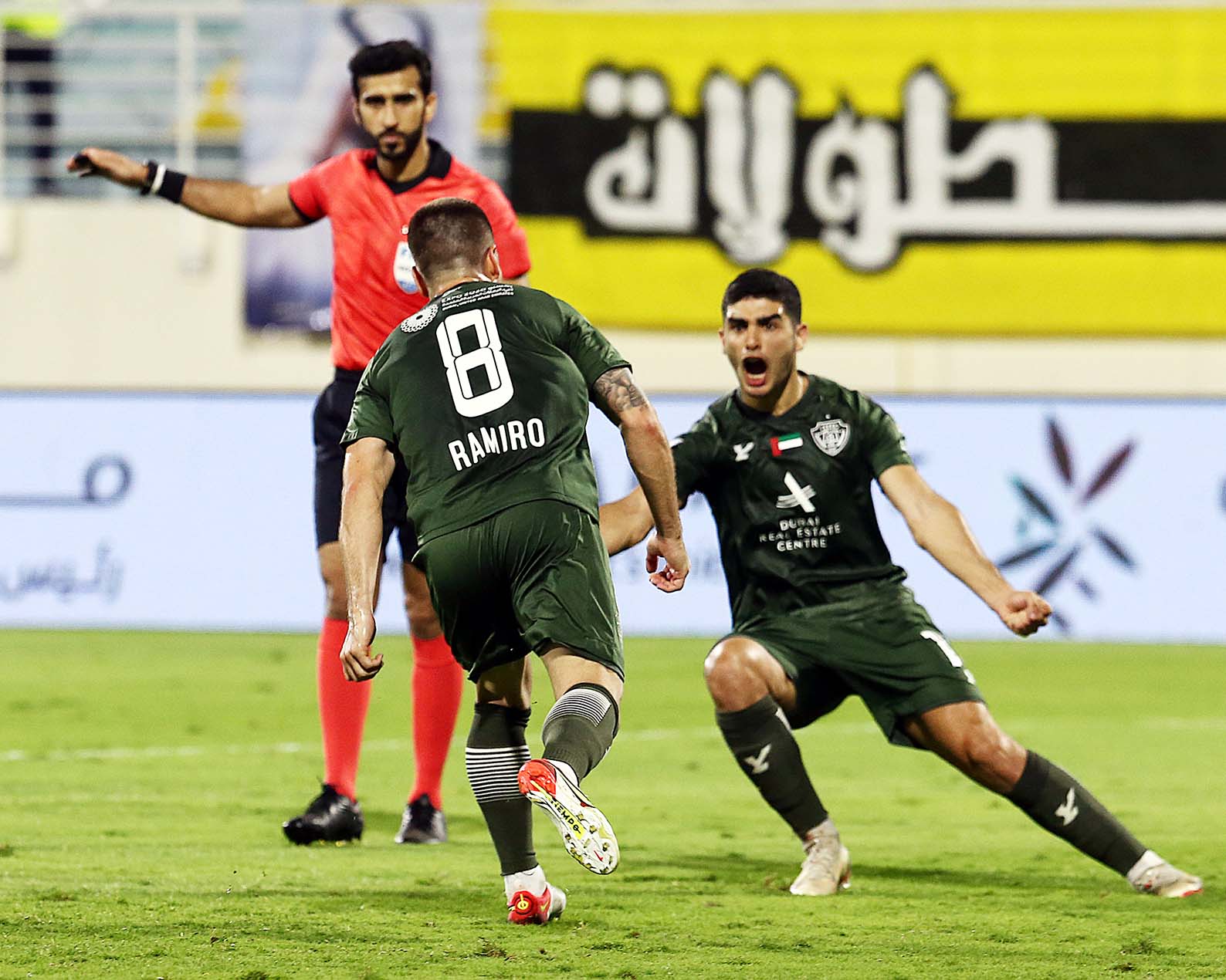 The Emperor comes back from Al Dharfa with one point

Al Wasl drew 2-2 with al-Dhafra in the match hosted in Hamdan Bin Zayed Stadium in the 10th round of the ADNOC Pro League.

Al Wasl got off to a strong start and pressed Al-Dhafra early to score the first goal of the match, but without real danger, and in the 11th minute and reversed the direction of the play the owners were able to open the scoring through striker Makhiti Diop, from a powerful shot that inhabited the right corner of goalkeeper Ibrahim Issa.

The emperor tried to return in the meeting and took periods on the midfield area, but could not reach the goal of Abdullah Sultan, and the centeral defender Hassan Ibrahim got a direct red card, in the 28th minute after intervening on the player Al Dhafra to end the first half with the hosts advancing with a goal to none.

The emperor appeared in the second half more persistent and unaffected by the numerical shortage, and the team succeeded in equalizing in the 61st minute, from an occasional pass played on Saleh, on the right side reached the striker Mohamed Akabri who put it in the empty goal, while his colleague Ramiro Benti added the second goal from the penalty kick in the 67th minute, to approach the link to achieve the three points, but the response of the nail came quickly through Senegalese Makhiti Diop, in the 70th minute when he rose in the penalty area and shot A header in the net of Ibrahim Issa, announcing the equalizer, the play between the two teams was then limited in the middle of the field to end the meeting with a positive draw 2-2 and Al Wasl reaches to the 13th point.