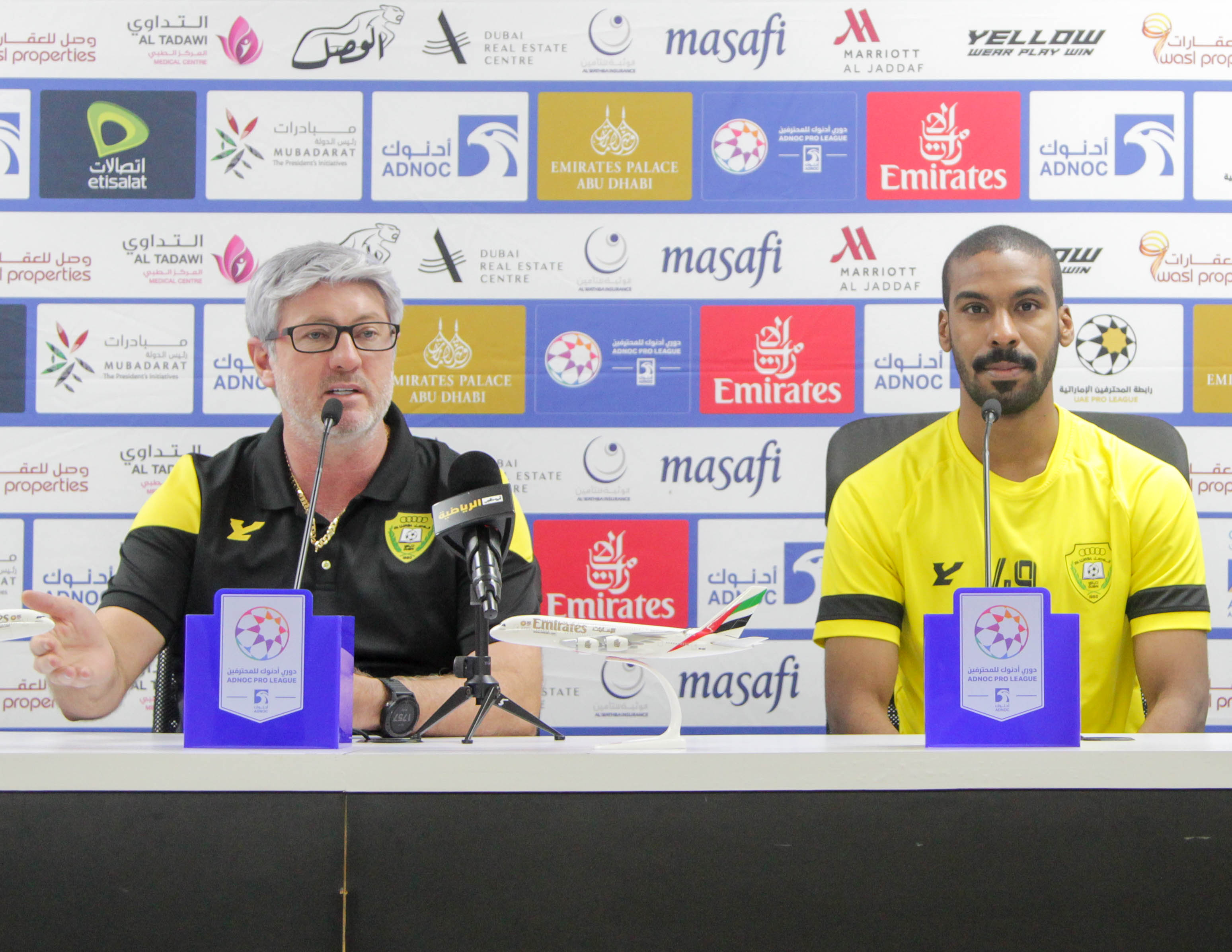 Hellman: We have finished Shabab Al Ahli series of victories, and we will seek to repeat it against Al Ain

During the pre-match press conference leading up to al Ain's match in the seventh round of the ADNOC Pro League, Odaier Hellmann stressed the importance of the upcoming "Clasico" showdown between one of the most popular teams in the UAE: "We prepared well to meet and as I said before the Bani Yas match, we are playing strong matches in succession, so the recovery of the players for us was our top priority to be in good physical condition.

He continued: Al Ain is in great condition and they have a team organized and therefore they are at the top of the league, but we are also a strong team and we have to play with confidence and show our personality on the field, we defeated Shabab AlAhli and finished their series of victories, and we will try to repeat it in front of al Ain.

Hellmann talked about the impact of international stops on the team and pointed out that everything has a negative and positive side and that as a professional he has to adapt to the situation and turn negative things into positive, saying: After Shabab AlAhli match we lacked many players because of their association with the first team and the Olympic national team in addition to the absence of some injury but we adapted and achieved what is required in front of Bani Yas.

The Brazilian coach did not hide his happiness with the public support enjoyed by the team, especially in the emperor's stronghold in Za'abeel, saying: I believe in the relationship between the players and the fans, the clubs play for the fans we felt the strength of the emperor's fans in the match of Shabab AlAhli, and I expect his presence heavily in front of al-Ain.

For his part, the team player Abdullah Khamis stressed Al Wasl's determination to perform well and continue to achieve positive results in front of Al Ain, saying al Ain is a strong team but we will seek to score three points and delight the emperor's fans.