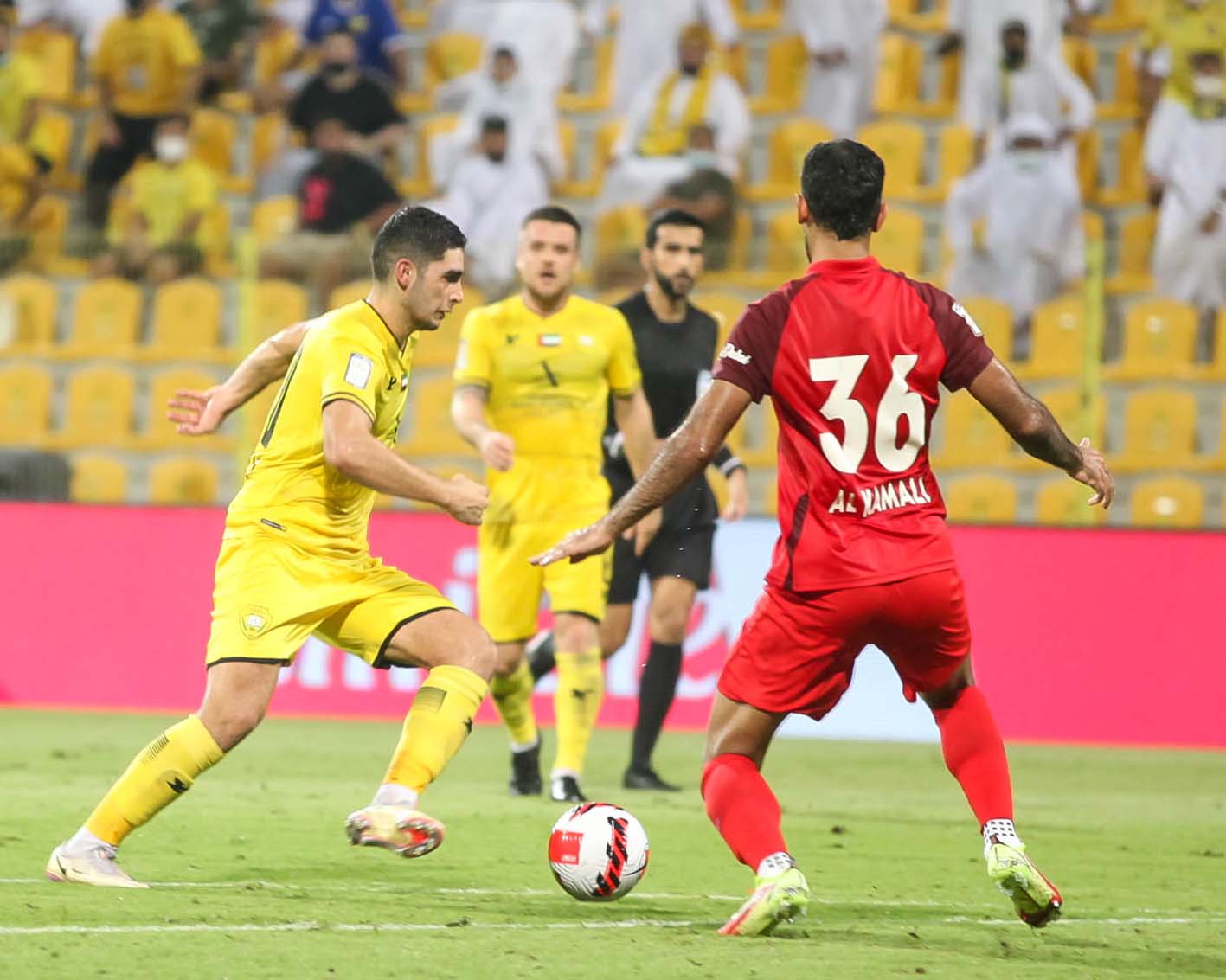 The "EMPEROR" goes back to victory from the DERBY

Al Wasl scored an important victory over its guest Shabab Al Ahli in the Dubai derby, with a goal to none, in the match hosted at Z’aabeel Stadium, in the sixth round of ADNOC Pro League.

From its beginning, the match witnessed a high physical impulse from the two teams in the middle of the field without a real danger to the two goals, but in the 11th minute, Ali Salmin played a long pass from the middle of the field to Ramiro Benetti in the visitors penalty area, to pass it by heading it to the coming from behind Michel Araujo, who hit a powerful ball but Majed Nasser turned it into a corner.

Al Wasl relied on the speed of the attack switch, to surprise Shabab Al Ahli quickly and almost achieved its goal in the 17th minute after a counterattack led by Fabio de Lima and skillfully passed through Shabab Al Ahli defender, to pass a ball on the edge of the penalty area to Benetti, who hit the ball into the side net of goalkeeper Majid Nasser.

The guests tried to respond to the emperor’s successive attacks, by shooting from long distances in an attempt to break the defensive superiority of Al Wasl, which closed the spaces on the key player, and in the last minutes, Shabab Al Ahli intensified their attacks and Ibrahim Issa succeeded in saving his goal from an investigator after he blocked Mehdi Qaidi's shot from close range brilliantly, ending the first half with a goalless draw.

The Play was confined in the middle of the field at the beginning of the second half, and Al Wasl's attempts to shake Shabab Al Ahli nets continued, but without real opportunities.

In the 61st minute, a corner from the left side reached Pottker, in front of the goal, but he did not succeed in taming the ball as required to waste the opportunity of a goal.

In the 73rd minute, after a collective action by the emperor, Michel Araujo hits a strong left ball from outside of the area to the left of goalkeeper Majed Nasser, announcing the first derby goal’s.

Odair Hellmann made the team's first substitution in the 75th minute and pushed Salem Al Azizi instead of Abdullah Khamis, followed by another substitution in the 81st minute by entering Ali Saleh at the expense of Michel Araujo, then a third substitution in the 89th minute by entering George Duwbeng instead of Youssef Al Muhairi, to increase the solidity of the team’s defensiveness, and reliance on counter attacks to exploit the spaces behind Shabab Al Ahli defenders, in light of their rush to score the equalizing goal, to end the match with the emperor’s victory in Dubai’s derby with a goal to none.